10 Movies You Didn’t Know Were Filmed in Illinois 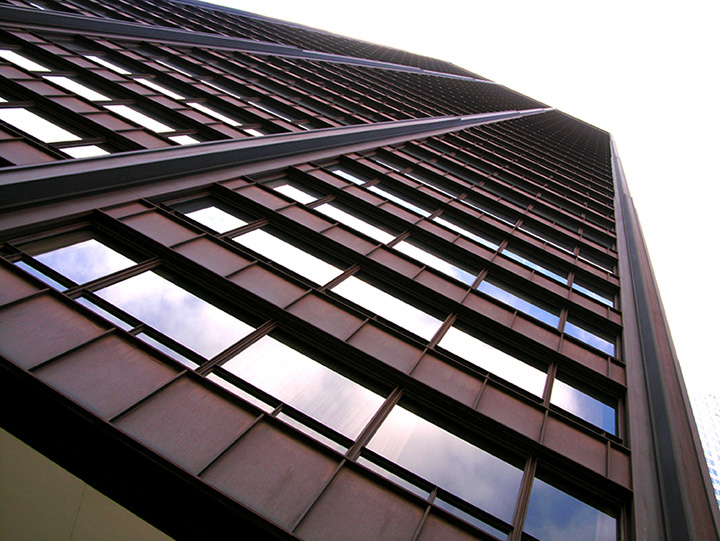 With an area as iconic as the Windy City, it’s no wonder that Illinois has been a hot spot for filming locations over the years. It’s not unusual to see a movie being filmed in the downtown Chicago area at any given time. The Art Institute of Chicago, of “Ferris Bueller’s Day Off,” still stands as it did in the 1980s. Meanwhile, Niles East High School of “Sixteen Candles” no longer exists today. Either way, there is always plenty of Hollywood action going on in the Land of Lincoln. Here are 10 movies filmed in the state.

This 1980s classic depicts the life of a diverse group teenagers, who all report to detention and discuss their high school experiences from their own perspectives. The filming of “The Breakfast Club” occurred in Des Plaines at Maine North High School. The set of the library scene was actually built in the school’s gymnasium because the library was too small.

“Groundhog Day” is a 90s classic movie about a cynical weatherman forced to cover Groundhog Day, a huge event in a small community. To his horror, he discovers that every day is the same day—Groundhog Day. He must change his ways or else continue reliving his least favorite day forever. Most of the filming for this movie occurred mostly around the Woodstock area.

“Sixteen Candles” from 1984 is another classic movie filmed in Illinois. It’s about a shy sophomore girl with a giant crush on the most popular senior in school. Her dream for a fabulous 16th birthday is crushed when she gets humiliated and forgotten on her birthday. This hit teen comedy was filmed around Chicago’s North Shore, mostly at Niles East High School (now demolished), Highland Park, and Skokie.

This award-winning superhero crime thriller features Batman and the chaotic Joker in a crime-ridden Gotham city. Released in 2008, the film is dedicated to Heath Ledger’s memory. Most of “The Dark Knight” was filmed in downtown Chicago. In fact, the Richard J. Daley Center is depicted as the Wayne Enterprises headquarters in the film.

“Ferris Bueller’s Day Off” is one of the most popular 80s teen movies of all time. A popular high school senior decides to relax and enjoy the beautiful day instead of going to school. He cleverly outsmarts his parents, peers, teachers, and even principle in this hit comedy. This school scenes were shot in Northbrook at Glenbrook North High School, but the majority of the movie was shot around Chicago.

This 1992 comedy is about two goofy friends who try to organize a rock concert. The movie was filmed in just 34 days and was the eighth highest-grossing film that year. Although some of the movie was shot in California and Arizona, some scenes were filmed in Aurora, Berwyn, and Chicago.

“Adventures in Babysitting” is another 80s teen comedy about a high school girl who ends up babysitting after her date stands her up. Instead of a boring night inside, she must drag three kids to downtown Chicago to rescue her friend from a bus station. While there were several scenes filmed in Toronto, there are several Chicago locations in the film as well.

“Uncle Buck” is a family comedy about a well-meaning, but totally unreliable bachelor who is left to watch his nephew and nieces because of a family emergency. Instead of being a trustworthy uncle and babysitter, he continues his slobbish bachelor behavior. “Uncle Buck” was filmed all over the Chicagoland area including in Evanston, Northfield, Skokie, Cicero, Wilmette, Northbrook, Winnetka, and various spots in Chicago such as by the Cubs stadium.

This 2000 hit comedy-drama features a Chicago record store owner who over-analyzes his last five relationships to figure out himself. His list also includes is current failing relationship with a woman who leaves him for the upstairs neighbor. The movie was filmed at various locations around Chicago, primarily in the Wicker Park neighborhood.

Released in 1994, “Miracle on 34th Street” is a family fantasy movie about a young lawyer and little girl who defend a kind old man who thinks he’s Santa Claus and, as a result, is institutionalized. Although the setting of the movie is New York City, much of the film was shot in Chicago. Scenes from Chicago include the Lincoln Park Zoo, the Mount Carmel Senior Center, and several other locations in the city.

View more Illinois Movie Theaters.
Select a Illinois town to find
the Best Things-To-Do and Places To Go around you