Best Pizza in Illinois: Our 9 Favorites 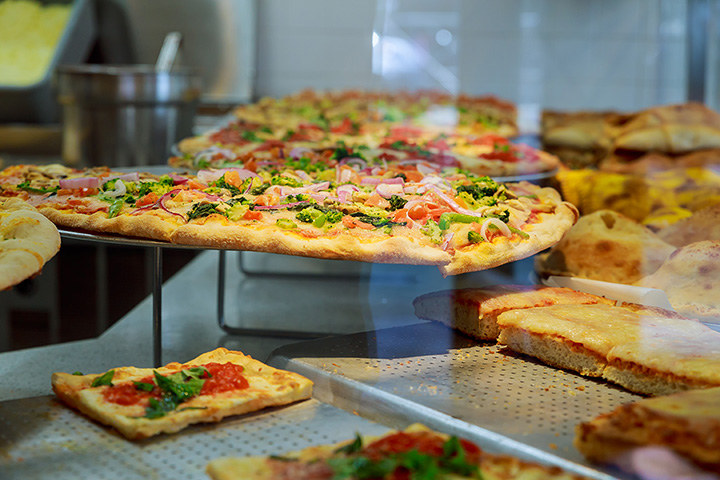 Chicago is known for its deep-dish pizza, but you can find delicious thin and hand-tossed pizza restaurants all across Illinois. Many of these restaurants have been serving up pies for decades, perfecting a craft over their many years of service. The following pizza restaurants are known for their top-notch pizzas and customer service.

For a pan-sized pizza with a caramelized edge, head to Pequod’s Pizza in Chicago. Pequod’s has two locations, one in Chicago and the other in Morton Grove. This pizzeria originated in 1970 and has since developed a large following of loyal customers who appreciate Pequod’s signature pizza style.

If you’ve never had a double-decker pizza, look no further than Bill’s Pizza & Pub in Mundelein. Bill’s double decker pizza consists of two thin crust pizzas stacked on top of each other and a hand-rolled crust. Aside from the large pizza menu, guests can enjoy a scrumptious dessert like a chocolate chip cookie sundae or cheesecake.

Coalfire is known for baking thin crust pizzas in clean-burning coal ovens. Pizza connoisseurs from everywhere appreciate the slightly charred, bubbly pizzas and signature toppings including vodka meatball and sopressata & broccolini. Guests can also build their own custom pizzas and choose from a wide variety of alcoholic beverages.

Connie’s Pizza is another legendary pizza tradition in Chicago. This family-owned business been serving up delicious deep dish pizzas and other Italian favorites since the early 1960s. Connie’s also won the Diners’ Choice award in 2015.

Vito & Nick’s has arguably the best thin crust pizza in Chicago. Since 1946, this family business has been serving quality, in-house (never delivered) pizzas. The Vito & Nick’s House Special, which is a thin crust pizza with sausage, mushrooms, onions, and green peppers, is a popular menu item.

Fasano’s Pizza is also widely known for their freshly-made thin crust pizzas. Originating in 1972, this community favorite offers a wide variety of menu items including Italian beef sandwiches, lasagna, charbroiled ribs, and other specialties. There’s something for everyone at Fasano’s Pizza.

Known for their superior hand-tossed pizzas, Harris Pizza has been family-owned for over 50 years. They have five locations and support many community efforts including the local animal shelter, food bank, and youth initiatives. They offer a great selection of specialty pizzas, wings with many dipping sauces, and delicious appetizers.